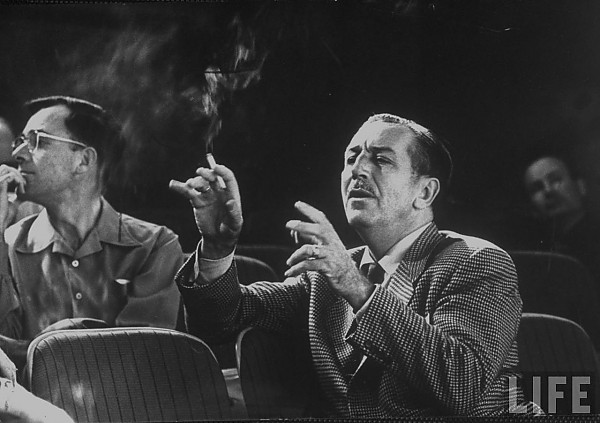 Walt Disney promotes tobacco and the public is outraged, again. Nobody should be surprised though. Walt Disney and tobacco advertising have a lot in common.

What, Disney is advertising tobacco?

The story that has reached headlines is as follows: Walt Disney is now a conglomerate of multiple media companies and brands. Marvel, Lucasfilm, Pixar, ABC, ESPN, all those brands belong to Disney. Disney has also a partial stake in the company called Vice Media. We recommend Vice for their documentaries. Vice Media makes money by licensing its content and by creating marketing campaigns with its network of agencies.
What causes public outrage is that Vice Media has accepted Philip Morris International (PMI) as its client. PMI, as all readers of K-Message should know is a tobacco manufacturer. It owns top cigarettes brands worldwide, including Marlboro. PMI operates globally with the exception of United States, which is a domain of Altria.
Vice Media produces for PMI white label content – videos focused on nightlife. White label means that videos are not branded with Vice logo. The content will not be distributed by Vice channels, PMI is free to do with it what they want. Readers from United States or United Kingdom will probably never see it, due to strict regulations on those markets.
Still, Vice is Disney, Disney is Mickey Mouse, and Mickey Mouse cannot promote smoking, or at least this is what newspapers want us to believe. Well, do not believe them.

Born in 1901 Walt Disney himself was an avid smoker. He learned the habit as an ambulance driver in France during the First World War.  His favourite brand of cigarettes was Lucky Strike, and he also smoked a pipe.
In 1955 he opened a tobacconist on Disneyland’s Main Street, which closed in 1991, though its traditional “cigar store Indian” still stands on the pavement outside the location.


Disney was aware enough to not smoke amongst children, but he suffered incessant cough. He passed away aged 65 and the cause of death was lung cancer.
The first national outrage caused by cigarette ads shown in cinemas before children targeted productions has been also connected to Disney movie. In the summer of 1983 Brown & Williamson has been promoting its Kool brand in 3000 cinemas. The movie displayed after the ad was G rated Disney’s cartoon “Snow White

”.
In Boston, an anti-tobacco group Massachusetts Group Against Smoke Pollution (GASP) launched a protest and informed media. The story has reached Washington, and in September Action for Children’s Television filed a complaint with the Federal Trade Commission (FTC).  It asked for tobacco advertising to be banned at “G” and “PG” movies. FTC agreed, called such advertising a “deceptive and unfair trade practices” and has requested extensive documentation on the cinema advertising programme from B&W.
When on 23 February 1984, CNN called B&W seeking information on cinema advertising it was informed that the decision had been made to discontinue the programme and that “This decision was made at the highest levels of our company”.
Big Tobacco stepped back, but Disney still engaged in tobacco promotion, also in its productions targeted to children.
In “Who Framed Roger Rabbit

Camel appears also in “Honey, I shrunk the kids

In “Baby, the Secret of Lost Legend

” Marlboro seems to be very popular amongst leading female scientists in places where one can find a small dinosaur.
Only in May 1991 Walt Disney declared that it will not allow tobacco companies to purchase product placement in its productions.
In 2007 Disney went step ahead and stopped showing tobacco products in its own movies (but only those under Disney brand).
In 2015, under pressure from stakeholders, CEO of Walt Disney, Robert Iger said that he would prohibit smoking in all Disney films going forward, including Marvel, Lucas, Pixar and Disney. There is still a loophole of “creative necessity”, ie. historical person who was known for smoking would smoke on the screen, too. However, it has to be admitted that in “Saving Mr. Banks

” studio has requested smoking ban on its chain-smoking creator played by Tom Hanks.
[box type=”shadow” ]The media like things to be black and white. The history of Disney’s relation with tobacco advertising is grey as cigarette smoke. For an entertainment company such as Disney choosing health over pleasure is not easy. One may reasonably expect from Disney to protect children from tobacco. But asking its advertising arm to not produce videos about nightlife for tobacco industry is not reasonable. Tobacco and alcohol are adult choices, dangerous, but for some entertaining enough to pay the price. Tobacco marketing is controlled, regulated, but it is also allowed within limits of the law. As long as both Vice Media and PMI remain in this limit, there is no need to be outraged.[/box]

IoT in Financial Services and Banking - Definition and Examples