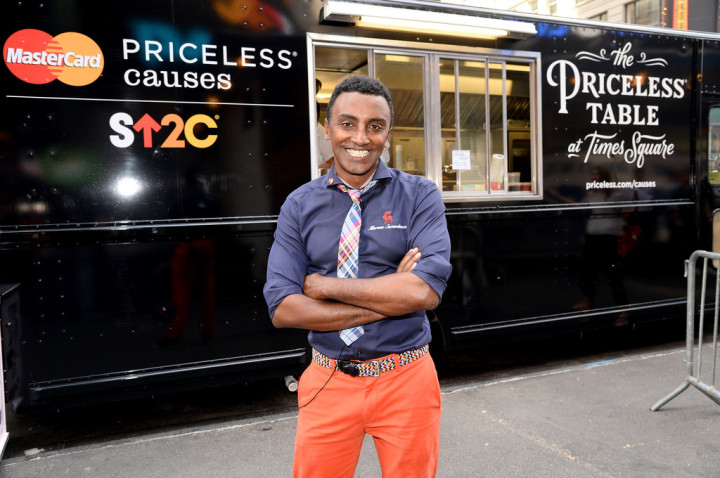 Midas Awards for World’s Best Financial Advertising winners selection is a good chance to see how innovative can be digital financial advertising. You can review a showcase of all 2014 Midas Awards winners at the MIDAS official website. At K-message, we have extracted from this list those campaigns that excelled in digital marketing tactics. This is the best digital financial advertising in 2014. Watch and learn, those are really great examples.

Priceless Table was a mix of event marketing with online activities. The social cause campaign of MasterCard supporting Stand Up to Cancer with 4 million dollars took a Grand Midas 2014 Award.

Make Think Did, The Jupiter Drawing Room for Absa

A mobile app to support creativity made by South African agency was claimed the most innovative financial services advertising in 2014 by Midas International Jury. We are not so excited, having in mind recent AlfaBank campaign, but we like the concept of congress app that makes a real-life impact. Something to keep up by digital marketing in Pharma, maybe?

At the first sight, it is not so digital, just a PoS event made for loyalty and retention of 30 000 awarded customers… But #TDThanksYou was made so well, that it completely took over Canada with over 18 million views on YouTube only. This is an unusual example of digital financial advertising that makes people love bankers.

The Legendary Journey is a story about two members of the national team who once won entry into Brazilian finals but could not make it for lack of money are now rewarded by Akbank and VISA with tickets to World Cup 2014. If you know Turkish national pride and their affection to football, you know it has been a success. What is important for us however, is the technical side of its execution with  HTML 5 based web application with interactive museum of the famous match won by Turkey against Syria. It was 7-0 and this is yet another goal scored on the digital field.

This Twitter based campaign made into a TV Super Bowl Sunday ad, and it is already enough to celebrate it. If 10 years ago anyone would tell you that digital will be the core, and a Super Bowl TV ad just an initial spark, would you believe it? The mechanics of the campaign are simple, only a sweepstake with a huge prize of 1.5 million dollars. But bringing initial 200 000 entries in one minute, 2.4 million participants, over 1 billion impressions and 150 000 new followers in one day, well that is something to celebrate. Apparently, it took just two months to orchestrate it by Leo Burnett Chicago, well done.

We almost forgot 2014 Sochi Winter Olympic Games, but Midas Awards are good opportunity to look back at Citi’s Everystep website. With nine US team athletes, Citi continued the campaign that started in 2012 with Road to London campaign, at the time created by Matter. In 2014, Citi with Publicis Kaplan Thaler has created an interesting, parallax website. From usability perspective, let’s be clear; it is a nightmare, but it looks superb. And instead of endless scrolling, you can just use an arrow down!

Traditional interaction with HCPs beats digital in impact on prescriptions?