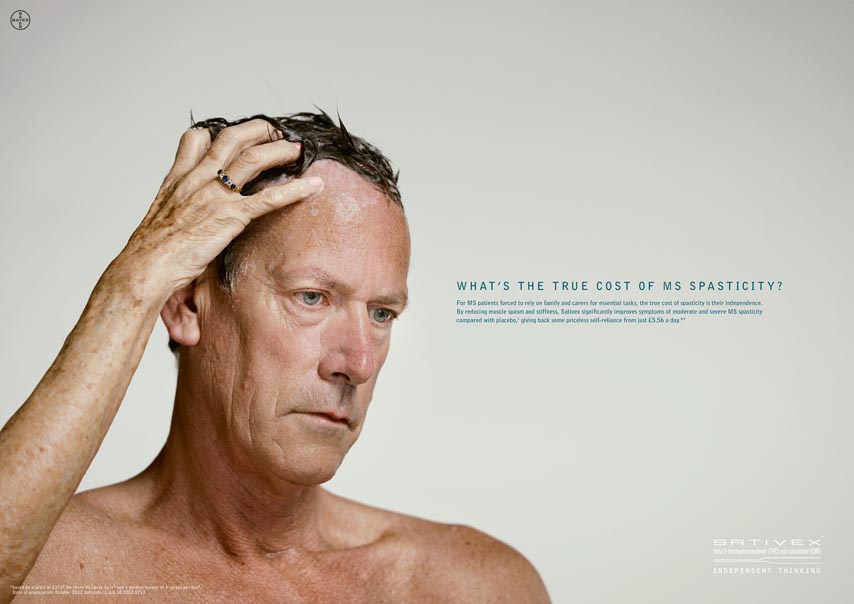 A cancer that follows you virtually. Cancer is a silent disease, every year millions of people die for ignoring their symptoms. That’s why we created Cancertweets, an act that make people feel what it is like to have cancer and how easy is to ignore it. We created 7 Twitter accounts that represented 7 types of cancer and ‘spread out’ the virtual cancer throughout thousands of accounts. Virtual cancer acted as a real cancer: at first, followed silently. Then, started to manifest subtle; finally expressed its symptoms directly. Those who detected on time, virtual cancer stopped following them. Those who ignored it, received a final message.

Unfortunately other campaigns did not bring anything innovative, striking or at least, very efficient in terms of communication, as you can see for yourself clicking at the entries list. At K-message we were not even disappointed, as this whole concept seems bit weird to us. Take a look at the President of the Jury explaining why no GrandPrix was awarded:

From our perspective it is not about “setting the bar” too high. Pharma marketing is just different. We talk about serious issues, we should base our communication on scientifically proven statements. The idea of “promoting” a pharmaceutical product to patients is from the very beginning dangerous and thus forbidden in most of the world. For the healthcare professionals, we should bear in mind that any additional noise may adversely impact their decisions and, in effect, patients well-being. Human brain while making decision can process 5 to 6 factors. In medicine there are usually hundreds of factors to be taken into account. Do we really need to produce more of it? Or shall we rather focus on making the process easier to congest, by making tools for better processing the scientific information about our products and diseases to be treated? .
Saying that, feel free to take a look at the Cannes Lions Health 2014  Gold Lions awarded campaigns. While they are not worth a Grand Prix, they are well executed. Our pick from those three would be Mind Your Meds. It puts digital tactics at the core, provides not only emotional message but also valuable information.
[box type=”success” ]

When you treat RA with Simponi, it only takes about ten minutes, once a month. This means Simponi is the treatment you hardly even notice. Great news when often RA is burden enough to a patient. We wanted to capture the non-invasive nature of Simponi in our creative. So we set out to capture a month of a Simponi patient on film and show how non-invasive it is. Literally. This film features a typical RA person – female between 50 and 60. It shows hundreds of moments (selected from over 10,000 shots captured by our photographer) that represent a month in the life of a Simponi patient, Cate Jackson. Amongst the hundreds of shots, there is only one that features Cate injecting herself with Simponi. The shots are run together so quickly in the film, it is near impossible to spot the moment that treatment takes place. This technique/idea highlights the fact that Simponi is very non-invasive, so you’ll hardly notice. After watching a collage of her life, a super tells us in the many shots/moments we just watched only one featured Simponi. The super then challenges: “Bet you hardly even noticed. Neither did Cate Jackson.”

Spasticity is a symptom that develops late in the course of multiple sclerosis (MS), causing muscle spasm, weakness and stiffness. Patients lose their independence and are forced to rely on family members and carers to accomplish basic tasks. The limited treatment options have significant side effects, or require an implanted pump.
Sativex is a novel treatment developed from particular strains of cannabis that significantly improves symptoms of spasticity in responders. Because it is delivered as an oral spray, patients can adjust their dose as and when they need to. However, HCPs have been equivocal about its value, and concerned about its cost.
To drive re-appraisal of the brand among prescribers, we used the unifying idea of ‘cost’ to bring together the effect of MS spasticity on patients with its broader social impact and the financial realities, increasing their motivation to gain budget approval for Sativex.

Teen medicine abuse is a pervasive and devastating problem, with one in four teens admitting to using a prescription drug to get high or change their mood. Most teens who report medicine abuse say they get those medications from their family or friends. The Medicine Abuse Project is a multi-year effort led by The Partnership at Drugfree.org and is designed to help combat this public health crisis deemed an “epidemic” by the Centers for Disease Control and Prevention. The Medicine Abuse Project aims to help educate parents, teens and the public about the dangers of medicine abuse and unite parents, educators, health care providers, coaches, government officials, law enforcement officers and other partners to help save lives.

Gartner Cool Vendors in Life Sciences 2014 - are they really cool?